Mayo Clinic researchers have identified a plant substance in green tea that is a potent killer of prostate cancer cells. The researchers, led by Charles Y-F. Young, Ph.D., tested four common components of green tea on three different prostate cancer cell cultures. One of them, called EGCG, was found to be the most potent in inhibiting cell growth.

Dr. Young says this is a promising laboratory finding which is now being taken to the next level. The research team is now testing whether EGCG can reduce the development of cancers in a new, special strain of mice bred with prostate cancer. If results continue to be promising, the next step would be trials in humans. Dr. Young said that the chemical structure of EGCG is very similar to that of components found in red wine and other vegetables. He said plans are to also test the effectiveness of some of these related compounds in fighting prostate cancer.

The incidence of prostate cancer, the most common cancer in American males, is considerably lower in Asian countries than in the West. One reason advanced for this high incidence is the high consumption of plant foods in Asia. A number of laboratory studies have shown that green tea, one of the most widely used foods, has anti-tumor effects. The Mayo Clinic report, in the journal Cancer Letters, is the first evidence that EGCG is the active ingredient that kills prostate cancer cells.

Study Finds No Effect For Men At Advanced Stage

Despite promising laboratory research, doctors from the Mayo Clinic report disappointing results from a 22-center study examining the power of green tea in treating advanced prostate cancer in men.

“We thought that the initial research provided a strong enough impetus to take the finding from the laboratory to the clinic to see if cancer patients could derive some benefits from this strategy, but this turned out not to be the case,” says lead author Dr. Aminah Jatoi. She presented the findings this week at the annual meeting of the American Cancer Research Association in San Francisco.

While the treatment failed, Jatoi says the work is still worth noting.

“What’s special about this study is that we weren’t doing cancer prevention we were doing cancer treatment. And it’s important to realize that cancer physicians are committed to helping patients, and we will continue to examine all potential treatments,” Jatoi says.

The research looked at 42 men in 22 treatment centers throughout the Northeast, all diagnosed with advanced prostate cancer that had spread to other organs. The study required the men to drink six 1-gram vials of concentrated green tea daily — equal in potency to about 12 cups of tea a day.

Conventional approaches to cancer treatment have generally been studied for safety and effectiveness through a scientific process that includes clinical trials with large numbers of patients. Less is known about the safety and effectiveness of complementary and alternative methods. Few CAM therapies have been tested using demanding scientific methods. A small number of CAM therapies that were thought to be purely alternative approaches are now being used in cancer treatmentnot as cures, but as complementary therapies that may help patients feel better and recover faster. One example is acupuncture. According to a panel of experts at a National Institutes of Health meeting in November 1997, acupuncture has been found to help control nausea and vomiting caused by chemotherapy and pain related to surgery. However, some approaches, such as the use of laetrile, have been studied and found not to work and to possibly cause harm.

Compounds in green tea help prevent progression to prostate cancer in men at high risk for the disease, according to recent research findings.* Prostate cancer is the second leading cause of cancer-related death among American men.

In their study, Italian re-searchers enrolled 62 men with high-grade prostatic intraepithelial neoplasia, a pre-cancerous condition. Thirty-two of the men were given 200 mg of green tea catechins three times daily for one year, while 30 men received a placebo. Repeat prostate biopsies were performed on all participants six and 12 months after beginning the study.

The supplemented group consumed 600 mg of green tea catechins daily, with the polyphenol epigallocatechin-3 gallate, or EGCG, accounting for approximately one half of the catechins. Previous studies have shown that green tea catechins and other polyphenols inhibit certain cancer cell lines, while epidemiological studies suggest that men who consume high levels of dietary polyphenols experience a decreased risk of prostate cancer. 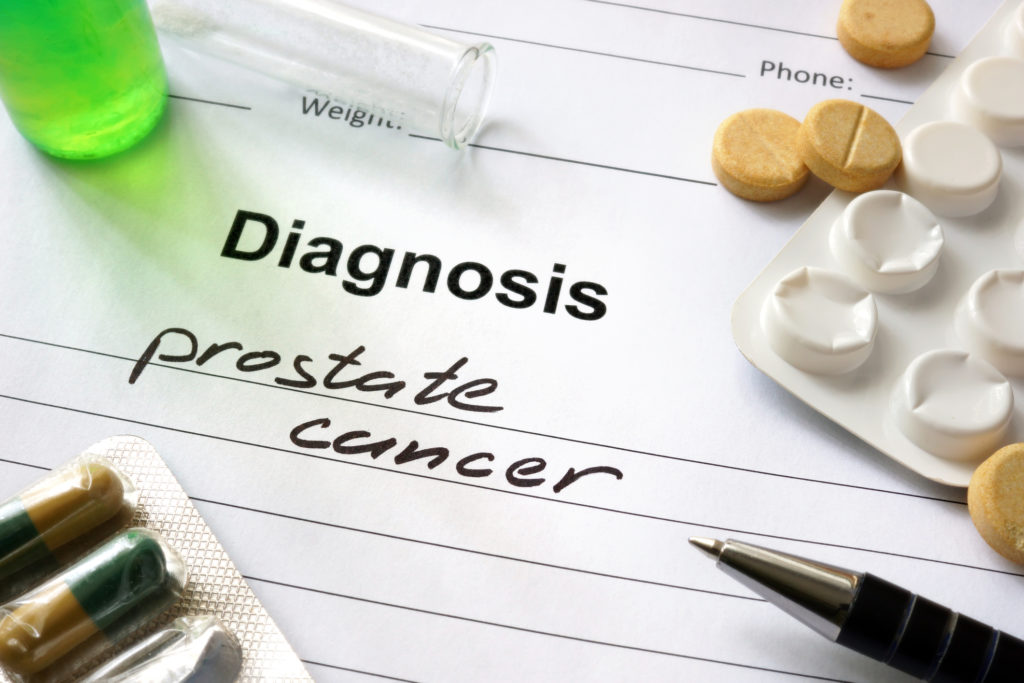 All participants completed the IPSS including each of the seven areas , QoL and five-item version of the International Index of Erectile Function questionnaires. Uroflowmetry data maximal urinary flow rate and average urinary flow rate were measured using the FlowMic . Prostate bladder voiding volume and post-void residual urine volume were assessed using the BK Medical Viking 2400 with abdominal probe 37 MHz. V and RV were calculated using the formula for a prolate ellipsoid . Histopathological examination of prostate tissue was done using ultrasound-guided prostate biopsy in all subjects.

You May Like: How To Self Examine For Prostate Cancer

Prostate most cancers is the second commonest most cancers in males worldwide. It is necessary that males are screened for the illness to catch it early, and a current research exhibits that train and bodily exercise as a further remedy might assist enhance affected person outcomes.

Journalists: Broadcast-quality video is within the downloads on the finish of this submit. Please courtesy: Mayo Clinic Information Community. Learn the script.

Train is nice for the physique, and that holds true for males with prostate most cancers.

What we discovered is that train and basic well being can really have an impact not simply on the tumor biology, however how among the remedies work on that biology, says Dr. Mitchell Humphreys, a Mayo Clinic urologist.

It is a part of an rising science referred to as physiological oncology or train oncology.

They need to maximize how theyre doing from a cardiovascular standpoint, which suggests the more healthy their physique is, the higher they are going to do from their most cancers, each earlier than therapy, throughout therapy, and even after therapy, says Dr. Humphreys.

However earlier than males with prostate most cancers start figuring out and bettering total health, it is necessary to speak to a well being care supplier.

Purpose Of This Summary

This PDQ cancer information summary has current information about the use of nutrition and dietary supplements for reducing the risk of developing prostate cancer or for treating prostate cancer. It is meant to inform and help patients, families, and caregivers. It does not give formal guidelines or recommendations for making decisions about health care.

Questions And Answers About Selenium

Early results of SELECT reported in 2009 found no difference in the rate of developing prostate cancer among the 4 groups. In the selenium alone group, there was a slight increase in the rate of diabetes mellitus. Even though this change was not clearly shown to be due to the supplement, the men in the study were advised to stop taking the study supplements.

A study of 1,434 men in SELECT suggested that changes in certain genes which control the way selenium is used by the body may have an effect on the risk of developing prostate cancer.

However, as with other types of cancer,. Use the menu to see other pages. Skip to content search menu on this page: About a clinical trial to test whether a drug can prevent prostate cancer, an interview with a pioneering what can we help you find? Being armed with information is vital to begin the fight.

Read Also: Can You Have Sex After Having Your Prostate Removed

Questions And Answers About Green Tea

Treating Prostate Cancer That Has Spread To The Bones

Doctors are studying the use of radiofrequency ablation to help control pain in men whose prostate cancer has spread to one or more areas in the bones. During RFA, the doctor uses a CT scan or ultrasound to guide a small metal probe into the area of the tumor. A high-frequency current is passed through the probe to heat and destroy the tumor. RFA has been used for many years to treat tumors in other organs such as the liver, but its use in treating bone pain is still fairly new. Still, early results are promising.

Also Check: How Can You Tell If Your Prostate Is Enlarged

Questions And Answers About Lycopene 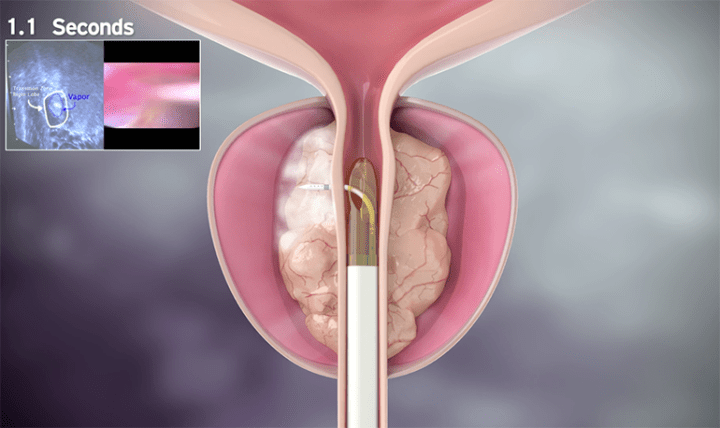 Exercising and losing weight are some of the best things you can do to promote prostate health. Many studies show that moderate or vigorous exercise reduces risk of BPH and urinary tract symptoms and helps with prostatitis as well. Exercise also benefits your cardiovascular health and can help prevent other health and sexual problems such as erectile dysfunction.

If you are overweight, losing weight is one of the most important natural changes you can make in improving your prostate health, whether your concerns are cancer, BPH or prostatitis. A study published in the Journal of Urology found that overweight men, especially men with a high amount of abdominal fat, have an increased risk of BPH. If you are looking to shrink the prostate, losing weight can help you reduce your prostate size and help relieve annoying and frustrating urinary symptoms. On top of that, weight loss can reduce your risk for prostate cancer and help relieve prostatitis, too.

Also Check: Is Surgery The Best Option For Prostate Cancer

* Mean value was significantly different from that of the control group .

Fig. 1 Effect of cranberry on uroflowmetry parameters of maximal urinary flow rate , average urinary flow rate , prostate bladder voiding volume and post-void residual urine volume during 6 months of treatment. , Cranberry group , control group. The box-and-whisker graphs show the median as the middle line. The box extends from the 25th to the 75th percentile and the whiskers extend from the lowest value to the highest. , Outside values. * Median was significantly different from that of the control group .

Calcium, the most abundant mineral in the body, is found in some foods, added to others, available as a dietary supplement, and present in some medicines . Calcium is required for vascular contraction and vasodilation, muscle function, nerve transmission, intracellular signaling, and hormonal secretion, although less than 1% of total body calcium is needed to support these critical metabolic functions. Serum calcium is very tightly regulated and does not fluctuate with changes in dietary intake the body uses bone tissue as a reservoir for, and source of, calcium to maintain constant concentrations of calcium in blood, muscle, and intercellular fluids.

Questions And Answers About Vitamin E

SELECT results published in 2011 showed that men taking vitamin E alone had a 17% increase in prostate cancer risk compared with men who did not take vitamin E.

Several factors may have affected study results, including the dose of vitamin E.

Things To Do To Prevent Prostate Cancer

What Is The Best Over The Counter Prostate Supplement