Another epidemic health problem we face around the world today relates to the decline in cognitive function. This concern is evident in individuals with Parkinson disease, dementia and other neurological degenerative diseases.

One clinical study presented findings that people with low levels of the active form of vitamin D had reduced neuroprotection and loss of brain development. Adequate vitamin D levels are essential to optimal detoxification processes including support for promoting the antioxidant glutathione and also decreasing levels of nitric oxide in the brain and overall support for the survival of cells.

Another study released in 2010 showed that people who have vitamin D deficiency were at an increased risk by 42% to have cognitive impairment. Those individuals who were classified as severely deficient in vitamin D were at an increased risk of 394% and more likely to present with symptoms of impaired cognitive function. A study analyzing the cognitive performance of more than 3,100 men throughout eight European countries found evidence that men with low vitamin D levels showed impaired thought processing speed .

Vitamin D For The Management Of Prostate Cancer

Although vitamin D can be obtained from many natural dietary sources, such as fish liver oil, eggs, and dairy products, for the majority of men, this dietary source fails to meet the daily required levels.1,2 Instead, their major source of vitamin D is derived from synthesis in the skin through conversion of a precursor into vitamin D3, a reaction catalyzed by ultraviolet light present in sunlight.2 Vitamin D3 subsequently undergoes hydroxylation in the liver followed by the kidney, resulting in the synthesis of 1,25-dihydroxyvitamin D3, or calcitriol, which is the principal active hormonal form of vitamin D.2

In addition to its well-known role in regulating calcium homeostasis in the body via its actions in the kidney, bone, intestine, and parathyroid glands,2 vitamin D also exhibits antitumorigenic properties, as demonstrated in in-vivo studies.3 This knowledge has led to epidemiologic studies investigating the association between vitamin D deficiency and prostate cancer. Accordingly, Schwartz and Hulka4 were the first to propose that low levels of vitamin D increase the risk of prostate cancer. These observations were based on prostate cancer mortality rates in the United States, which are inversely related to ultraviolet light exposure. This, in turn, has led to numerous studies investigating the antiproliferative properties of vitamin D on the prostate.57

You May Like: Success Rate Of Proton Therapy For Prostate Cancer

In 2001, Luscombe and colleagues at the School of Medicine in North Straffordshire Hospital in England published three studies linking ultraviolet exposure and skin type to the development of prostate cancer. They found that cumulative outdoor exposure, outdoor occupations and skin type was associated with reduced risk of advanced stage tumors. They also found that childhood sunburns dramatically reduced the risk of developing prostate cancer, probably because those with fair skin are more likely to burn but also find it easier to make vitamin D in their skin. Furthermore, they found that people who have difficulty making the skin pigment

metastasis, can be made to respond to calcitriol by adding drugs which inhibit the breakdown of calcitriol. This raised the possibility that prostate cancers which did not respond to vitamin D could be made responsive by the addition of a metabolic inhibitor. Farhan and colleagues at the University of Vienna Medical School soon showed that the isoflavonoid found in soybeans, called , is a powerful metabolic inhibitor of the enzyme that breaks down calcitriol. Zhao XY, Feldman D. The role of vitamin D in prostate cancer. Steroids. 2001 MarMay 66:293300.Farhan H, Wahala K, Adlercreutz H, Cross HS. Isoflavonoids inhibit catabolism of vitamin D in prostate cancer cells. J Chromatogr B Analyt Technol Biomed Life Sci. 2002 Sep 25 777:2618.

In 1992, Hanchette and Schwartz again proposed that sunlight and vitamin D may play a role in prostate cancer. They pointed out that men in the United States were 10 times more likely to develop prostate cancer than men in Japan, where men consume higher amounts of vitamin D due to their consumption of fatty fish. Although the authors did not mention it, Japanese men also consume soy, which inhibits the breakdown of binding protein, thus raising active levels of those metabolites in the blood.

To support their hypothesis, Hanchette and Schwartz analyzed American prostate cancer deaths in relation to sunlight and discovered a 0.0001 negative correlationwhat is a very significant association. That is, they found that men who received more sunlight were less likely to die from prostate cancer. Hanchette CL, Schwartz GG. Geographic patterns of prostate cancer mortality. Evidence for a protective effect of ultraviolet radiation. Cancer. 1992 Dec 15 70:28619.

In the same year, Schwartz discovered that death rates from prostate cancer were correlated with death rates from multiple sclerosis, another disease know to be associated with lack of sunlight. Again, he proposed that lack of vitamin D may a causative factor in both diseases. Schwartz GG. Multiple sclerosis and prostate cancer: what do their similar geographies suggest? Neuroepidemiology. 1992 11:24454.

You May Like: What Are The 5 Warning Signs Of Prostate Cancer

Researchers have shown that the central nervous system contains vitamin D receptors. These receptors are also found in the hippocampus region of the brain which is responsible for both emotion and memory . It is critical that vitamin D binds to these receptors in order to regulate enzymes located in the cerebrospinal fluid and the brain in order to support:

Healthy vitamin D levels are required to protect nervous tissue against oxidative stress, modulates a normal immune response and is also involved in maintaining the homeostatic processes involving intracellular phosphorus and calcium concentration. It is especially critical to receive optimal vitamin D during neonatal development because its deficiency is linked to an increased risk for diseases of the central nervous system including multiple sclerosis and schizophrenia.

Read Also: What Is A Prostate Test

Questions And Answers About Vitamin E

An Integrative Approach To Prostate Cancer

This is a whole-body approach to prostate cancer, unlike anything youve experienced.

We have successfully treated hundreds of cancer patients for over two decades using this state-of-the-art, integrative and complementary approach. Its gentle on the body but extremely tough on cancer.

We invite you to explore all your treatment options thoroughly and encourage you to reach out to us to schedule a consultation so you can learn all about a more natural, less toxic approach to treating prostate cancer.

Made with only the finest saw palmetto berries, this supplement is perfect for men who are looking for a natural way to improve their prostate health.

> > > One Crazy Prostate Trick All Men Over 40 Should Try

Symptomatic treatment of an enlarged prostate usually involves a combination of medication and lifestyle changes. A diet rich in fruits and vegetables may be the best option if you suffer from chronic urination. It will help the body adjust to the increased size of the prostate. Also, taking regular urination intervals will help retrain the bladder to function properly. Inactivity also contributes to urine retention, and cold temperatures can increase the urge to urinate.

Questions To Ask Your Health Care Provider About Cam

When considering complementary and alternative therapies, patients should ask their health care provider the following questions: 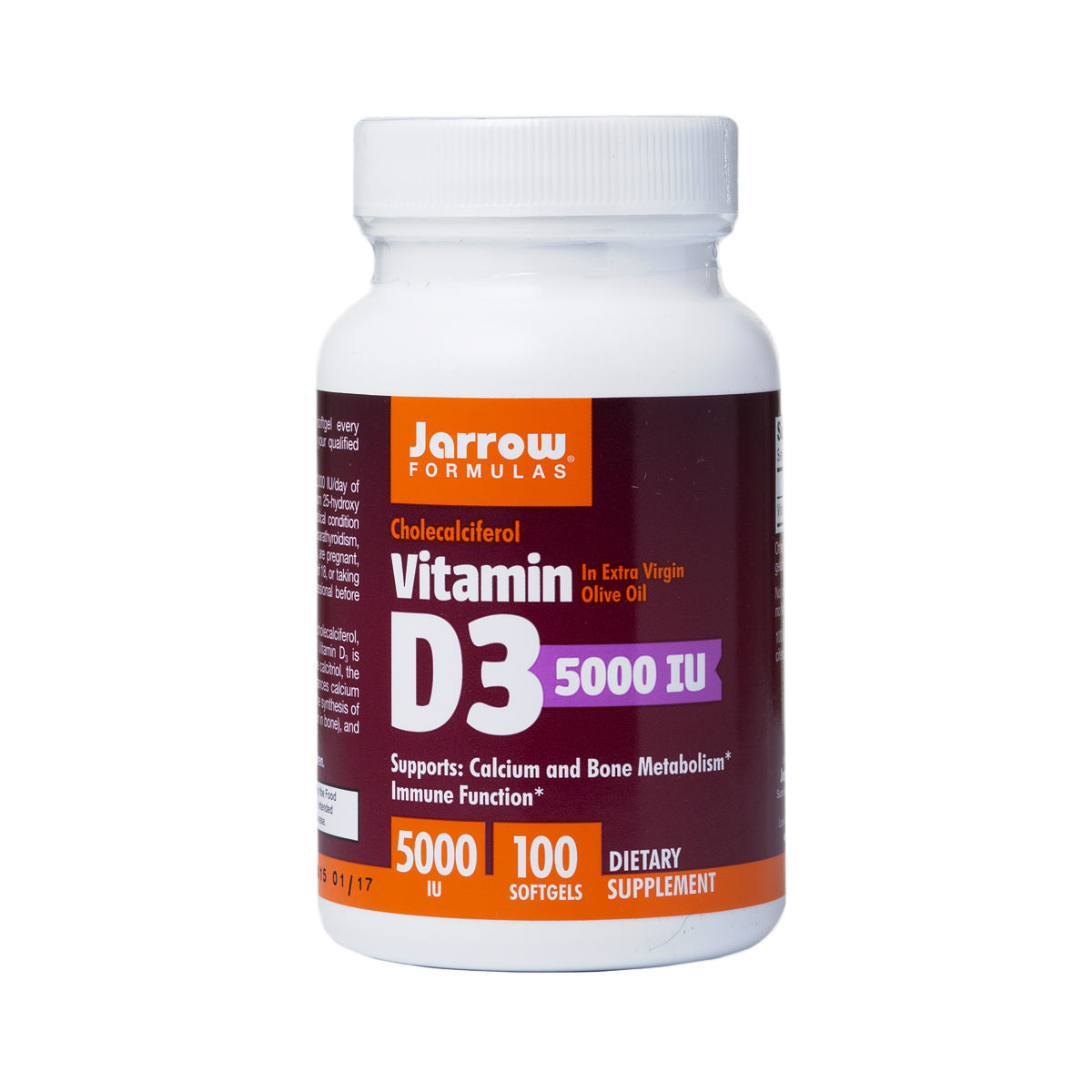 In late 2004, Woo, Vieth, and colleagues from the University of Toronto presented a groundbreaking paper at the November NIH conference on vitamin D and cancer. They showed that 2,000 units of simple vitamin D3 either reduced or prevented further increases in PSA in the majority of men with advancing prostate cancer. For the first time, a human interventional trial indicted that simple vitamin D was effective in fighting cancer.

A persons vitamin D level is checked by measuring the amount of 25-hydroxyvitamin D in the blood.

Researchers believe that an interaction between amino acids allows GcMAF receptors to effectively bind and stimulate the invasion of macrophages around cancer cells. Such macrophages are then able to eat and eliminate breast cancer cells.

Other evidence for alternative cancer therapy using the Swiss Protocol supports that D3 and GcMAF may be a powerful duo that removes a breast cancer activator oncogene known as Her-2 .

Read Also: What Are Symptoms Of Prostate Cancer

Hollis and colleagues ran an intervention study at the Medical University of South Carolina on 52 men who had been diagnosed with stage 1 prostate cancer. They purposely did not conduct an RCT as they wished to give everyone in the study vitamin D. They used a dose of 4,000 IU/day of vitamin D for one full year while the participants were on a wait and see approach with their cancer.

In considering differences by race, the chart below, shows that while African Americans started with a vitamin D level of about half the value of Caucasians, after a year of taking 4,000 IU/day both race groups reached roughly the same vitamin D level .

Each type of dietary supplement or food will have a dedicated section in the summary, and new topics will be added over time. Note: A summary on PC-SPES is also available.

Prostate cancer is the most common noncutaneous cancer affecting men in the United States. On the basis of data from 2017 to 2019, it is estimated that 12.6% of U.S. men will be diagnosed with prostate cancer during their lifetimes.

Many studies suggest that complementary and alternative medicine use is common among prostate cancer patients, and the use of vitamins, supplements, and specific foods is frequently reported by these patients. For example, the Prostate CAncer Therapy Selection study was a prospective study that investigated mens decision-making processes about treatment following a diagnosis of local-stage prostate cancer. As part of this study, patients completed surveys regarding CAM use, and more than half of the respondents reported using one or more CAM therapies, with mind-body modalities and biologically based treatments being the most commonly used.

You May Like: What Are The Treatments For Enlarged Prostate

Complementary and alternative medicine is a form of treatment used in addition to or instead of standard treatments.

Different types of research have been done to study the use of CAM in prostate cancer. These study types include the following:

This PDQ summary has sections about the use of specific foods and dietary supplements to prevent or treat prostate cancer:

What Is The Best Supplement For Prostate Cancer