When To Start Prostate Screening

Benefits Of Early Detection And Treatment

Adequate evidence from randomized clinical trials shows that PSA-based screening programs in men aged 55 to 69 years may prevent approximately 1.3 deaths from prostate cancer over approximately 13 years per 1000 men screened.3, 4 Screening programs may also prevent approximately 3 cases of metastatic prostate cancer per 1000 men screened.3 Current results from screening trials show no reductions in all-cause mortality from screening. There is inadequate evidence to assess whether the benefits for African American men and men with a family history of prostate cancer aged 55 to 69 years are different than the benefits for the average-risk population. There is also inadequate evidence to assess whether there are benefits to starting screening in these high-risk groups before age 55 years.

Benefits And Risks Of Screenings

The benefit of any cancer screening test is to find cancer early, when it easier to treat. But the value of PSA screening for prostate cancer is debated. No single answer fits all men.

Prostate cancer often grows very slowly. PSA levels can begin to rise years before a cancer causes any symptoms or problems. It is also very common as men age. In many cases, the cancer will not cause any problems or shorten a man’s life span.

For these reasons, it is not clear if the benefits of routine screenings outweigh the risks or side effects of being treated for prostate cancer once it is found.

There are other factors to think about before having a PSA test:

Harms Of Screening And Subsequent Testing

Prostate cancer screening is associated with high rates of overdiagnosis and overtreatment, which lead to psychological and physical harms. Screening for prostate cancer can result in an increase in prostate cancer diagnoses of up to 63%.15

One-third of men who undergo prostate biopsy require physician follow-up for problems related to the procedure, which patients have classified as moderate to severe.18,19 These include pain and fever , hematuria , hematospermia , and hospitalization .18,20 Biopsy misses prostate cancer in 10% of cases, and repeat biopsy is needed in up to 31% of men who have an initial negative biopsy result.21,22

Most hospitalizations after prostate biopsy are related to infections, such as urosepsis or prostatitis. Although the overall rate for hospital admission after a prostate biopsy is 3%, one study found that the rate of hospitalization for Medicare patients is nearly 7%.23 Biopsy-related mortality is less than 1%, and most deaths within 30 days of PSA screening and associated procedures are because of comorbid conditions.

The Test Is Often Not Needed

Most men with high PSAs dont have prostate cancer. Their high PSAs might be due to:

Up to 25% of men with high PSAs may have prostate cancer, depending on age and PSA level. But most of these cancers do not cause problems. It is common for older men to have some cancer cells in their prostate glands. These cancers are usually slow to grow. They are not likely to spread beyond the prostate. They usually dont cause symptoms, or death.

Studies show that routine PSA tests of 1,000 men ages 55 to 69 prevent one prostate cancer death. But the PSA also has risks.

Who Should Be Screened And When

A variety of factors determine when and who should be screened. “Prostate screening is considered for men ages 55 to 69 but can be continued above age 70 in healthy men. Screening for prostate cancer may be considered for men between the ages of 40 and 54 in those at higher risk for cancer ,” says Dr. Christiansen. “Men outside the age range of 55 to 69 may still need to undergo prostate-specific antigen blood testing or a prostate exam to assist with the diagnosis and management of benign prostatic hyperplasia or other urologic conditions.” The American Urologic Association guidelines do not recommend routine screening in men between ages 40 to 54 years who are at average risk. For men younger than age 55 at higher risk, prostate cancer screening decisions should be individualized. A routine screening interval of two years or more may be preferred over annual screening in those men who have participated in shared decision making with their doctor.

The core age group, 136,689 screening tests were performed . Of these tests, 16.6% were positive, and 85.9% of the men with positive tests underwent prostate biopsy.

*The quality of evidence means how much confidence we have in the reported quantitative estimate. It does not mean the methodological quality of the study although the latter is one factor that affects confidence in the estimate.

Interpretation Of The Evidence

A major difference in interpretation of the evidence is whether or not the ERSPC and PLCO should be considered equally relevant with respect to the benefits of screening. The trials tested two different hypotheses as noted above screening versus no or little screening in the ERSPC and organized versus opportunistic screening in the PLCO. The latter interpretation of the PLCO trial is in line with statements in the PLCO publications.19,21 A modest effect of PSA screening versus none implies that a substantially larger study than PLCO is needed to meaningfully test more versus less frequent screening. Thus the PLCO was underpowered to address the question of organized versus opportunistic screening. The Panel interprets the randomized evidence to indicate that the ERSPC trial reflects the effect of PSA screening in a situation with low background screening.

Should I Get Screened For Prostate Cancer

In 2018, the U.S. Preventive Services Task Force made the following recommendations about prostate cancer screeningexternal icon

This recommendation applies to men who

What Does The Psa Test Involve

The PSA test involves taking a blood sample and sending it to a laboratory for analysis. The results indicate:

Normal levels: Most healthy adult males have PSA levels below 4 nanograms per milliliter .

Borderline levels: PSA levels of 4â10 ng/ml are borderline. There is a 1 in 4 chance that cancer is present.

High levels: If PSA levels are over 10 ng/ml, there is a 50% chance that the person has prostate cancer. The specialist will likely recommend more testing, including a prostate biopsy.

It is important to note that PSA levels can naturally vary from person to person. A person with high levels may not have prostate cancer. On the other hand, about 15% of people who test positive for prostate cancer after a biopsy have PSA levels below 4 ng/ml.

Prostate cancer is not the only cause of high PSA levels. Find out more about the other causes here.

The European Randomized Study of Screening for Prostate Cancer is the worlds largest randomized controlled trial on PSA-screening including 162,388 men aged 5569 years in 8 European countries . The 13-year follow-up report showed that PSA-screening every 24 years reduces PC mortality by 21%. The reduction in PCa mortality was even larger44% at 14 yearsin the Göteborg trial where 20,000 men ages 5064 were randomized to biennial PSA-screening or a control group . The U.S. Prostate Lung Colorectal and Ovarian cancer screening trial randomized 76,685 men aged 5574 years but did not show any difference in PCa mortality between the screening and control arm . The reason for this was high pre-screening rates in both arms and a high contamination rate in the control arm i.e., the two arms were subjected to almost the same amount of screening . However, with these discrepancies accounted for, both the ERSPC and PLCO trials provide compatible evidence that PSA screening reduces PC mortality . There is also compelling evidence from observational data. In the U.S., where the PSA test was introduced as a screening tool in the early 90s, the age-adjusted death rate from PCa dropped 51% between 1993 to 2014 .

Recommended Reading: What Are The Side Effects Of Having Prostate Removed 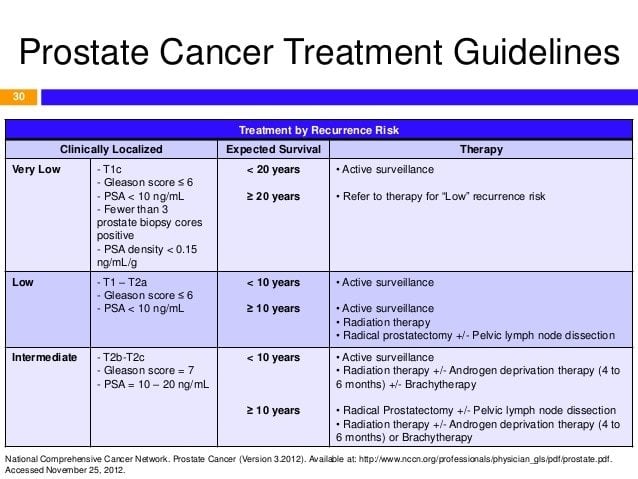 To understand the potential benefits of PSA-based screening for prostate cancer, the USPSTF examined the results of the ERSPC, PLCO, and CAP trials and site-specific reports from 4 ERSPC trial sites. To understand the effectiveness of treatment of screen-detected, early-stage prostate cancer, the USPSTF also examined the results of 3 randomized trials and 9 cohort studies.3

Neither the ERSPC, PLCO, or CAP trials, nor any of the ERSPC site-specific analyses, found an overall all-cause mortality benefit from screening for prostate cancer.

You May Like: Is Drinking Beer Bad For Prostate Cancer

Men who have first-degree relatives affected by prostate cancer should start screening from 3 to 12 years earlier than the general population depending on their level of risk, according to investigators.

Current guidelines recommend earlier screening for men with a family history of prostate cancer, but the proposed screening ages are typically based on limited evidence and expert opinion.

To fill in the evidence gap, Mahdi Fallah, MD, PhD, of the German Cancer Research Center in Heidelberg, Germany, and colleagues studied 6,343,727 men living in Sweden. Of the cohort, 88,999 men were diagnosed with stage 3 or 4 prostate cancer or died from the disease.

The investigators calculated that the 10-year cumulative risk of stage 3, 4, or fatal prostate cancer in the general population using age 50 years as the benchmark was 0.2%. Men with 2 or more first-degree relatives diagnosed with prostate cancer reached this risk level at 41 years of age when the youngest affected relative was diagnosed before age 60, or at 43 years of age when all affected relatives were diagnosed after age 59, Dr Fallahs team reported in PLOS One. Men with 1 affected first-degree relative reached this risk level at age 43, 45, and 47 when the relative was diagnosed before age 60, age 60 to 69, and age 70 or older, respectively.

The study authors acknowledged that the Swedish population is relatively homogeneous and genetic data were lacking, so their findings require validation.

Who Should Get A Digital Rectal Exam

Not all medical institutions agree on when men should begin screening for prostate cancer or even if a DRE should be part of the screening.

To help detect prostate cancer in its early stages, the American Cancer Society recommends that men talk to their doctors about the benefits, risks, and limitations of prostate cancer screening before deciding whether to be tested.

Don’t Miss: What Is A Prostate Specialist Called

Other organizations have different recommendations for screening:

At What Age and How Often Should You Get Your Prostate Screened?

Some men are hesitant about getting tested, but a skilled urologist will give you confidence and knowledge about maintaining your prostate health. Dr. Richard Natale is here to help you maintain optimum sexual health and overall health as well.

If you have any questions or would like to schedule an appointment with Dr. Natale, contact our friendly staff at Carolina Urology today by calling 786-5131 or by filling out our appointment request form online now. We look forward to serving you.

Read Also: How To Avoid Getting Prostate Cancer

What Is Normal Prostate Volume